skip to main | skip to sidebar

Whats what where from used

I received my ordered 81class but not the livery I wanted , I ordered one of the cancelled liveries in National Rail . I like 8112 seen in and around Newcastle coal loader. I removed the shell so I could put a decoder in it to give it a run at the Liverpool Exibition . Its a nice runner . Once I plugged a NCE14 decoder in made sure it moved OK backwards and forwards I then put the body back on 4 screws and the KDs and placed on the Track . Gave it its number 8169 on the program track and it was good to go. Turned the headlights on and the SMDs are tinted yellow as wellas the numberbox light is also yellow . The forward marker is tinted blue and that was easily fixed with a dab of orange clear Tamiya paint ,that worked , its now a nice white colour . The headlight was another problem I have since hardwired a SoundTraxx tsunami EMD645 turbo decoder into it , its still a work in progress . I have unsweated the two yellow smds and resoldered sunny white ones in place . Now looks a lot better . I have also started weathering it 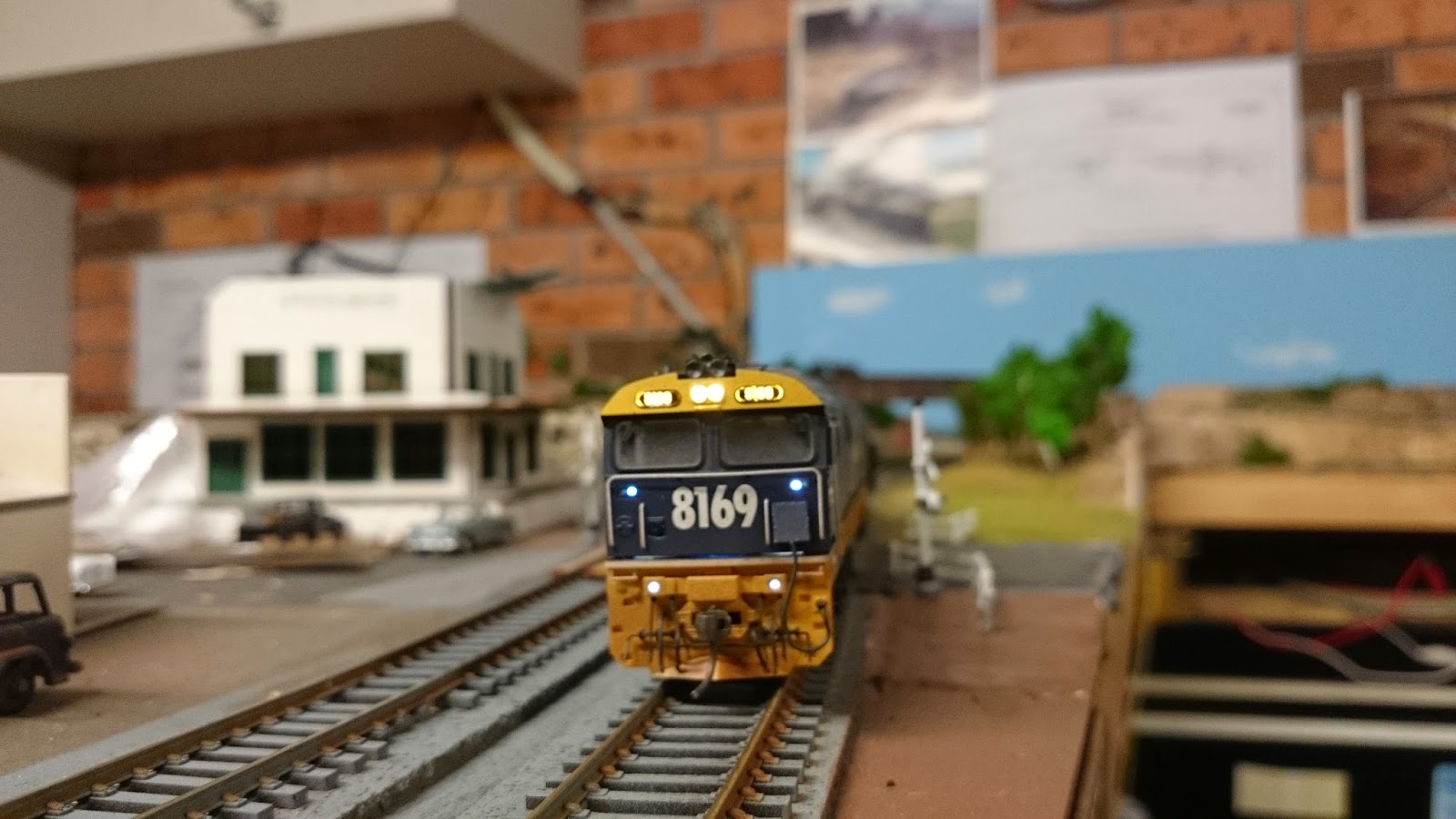 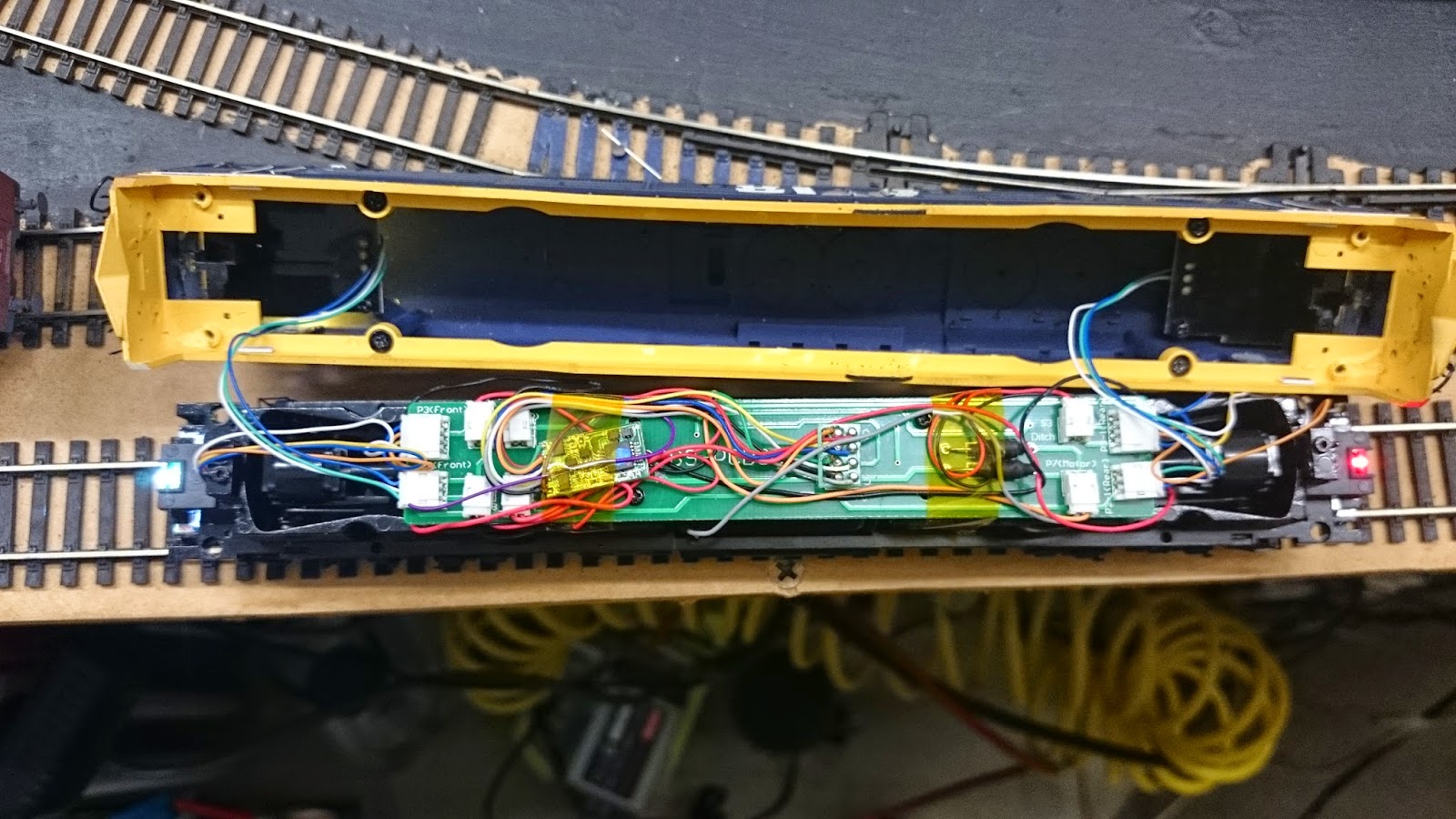 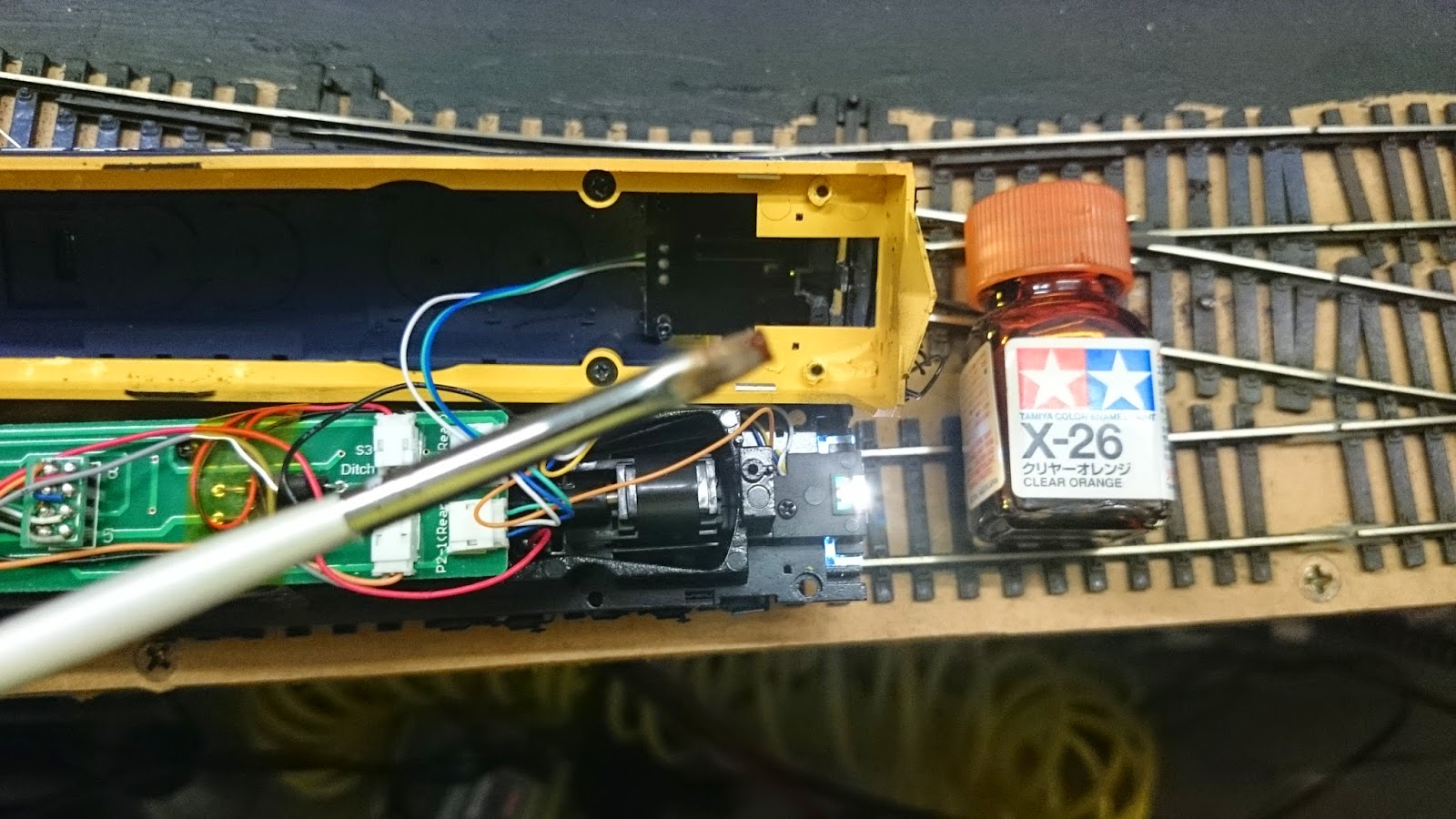 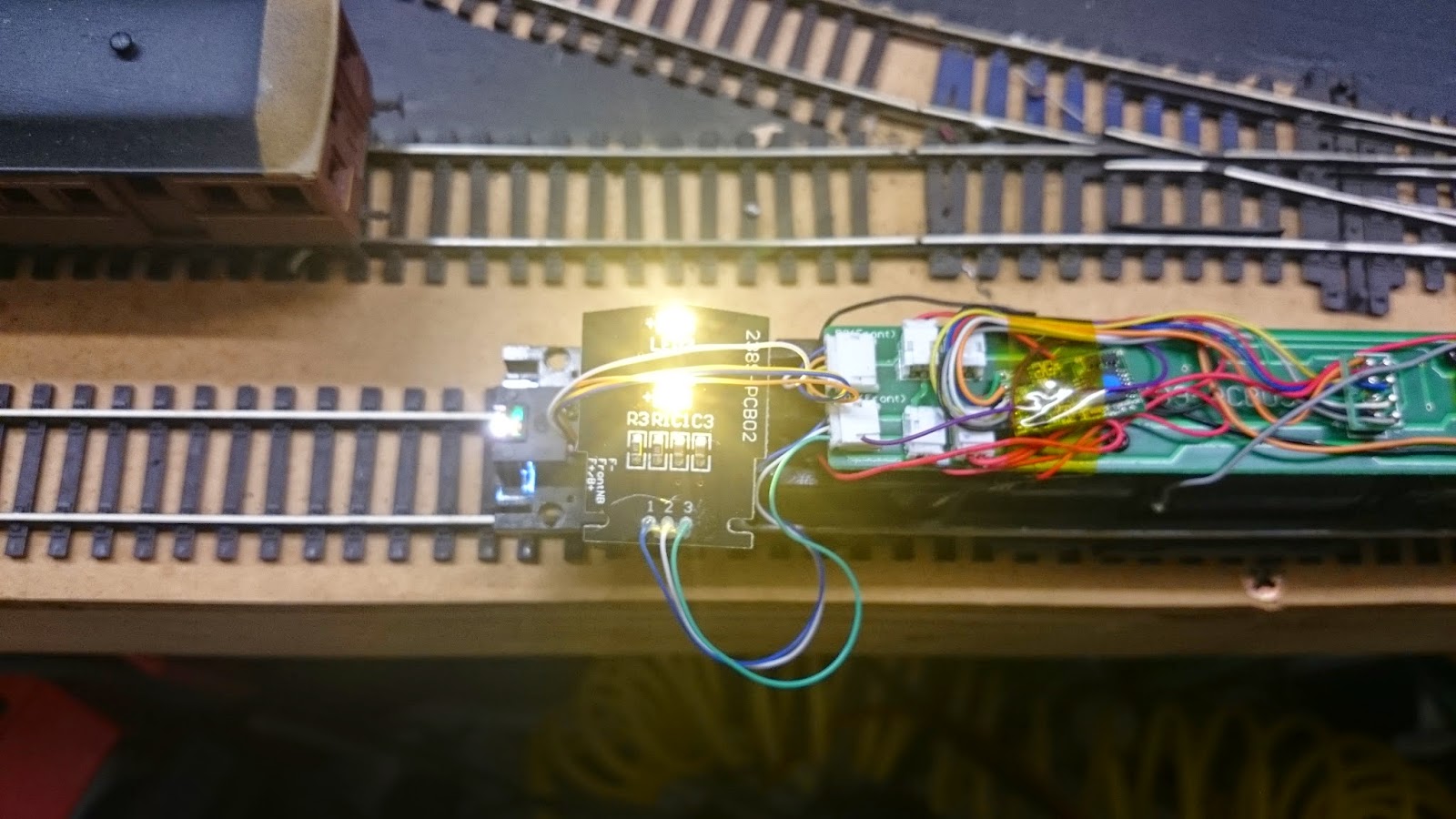 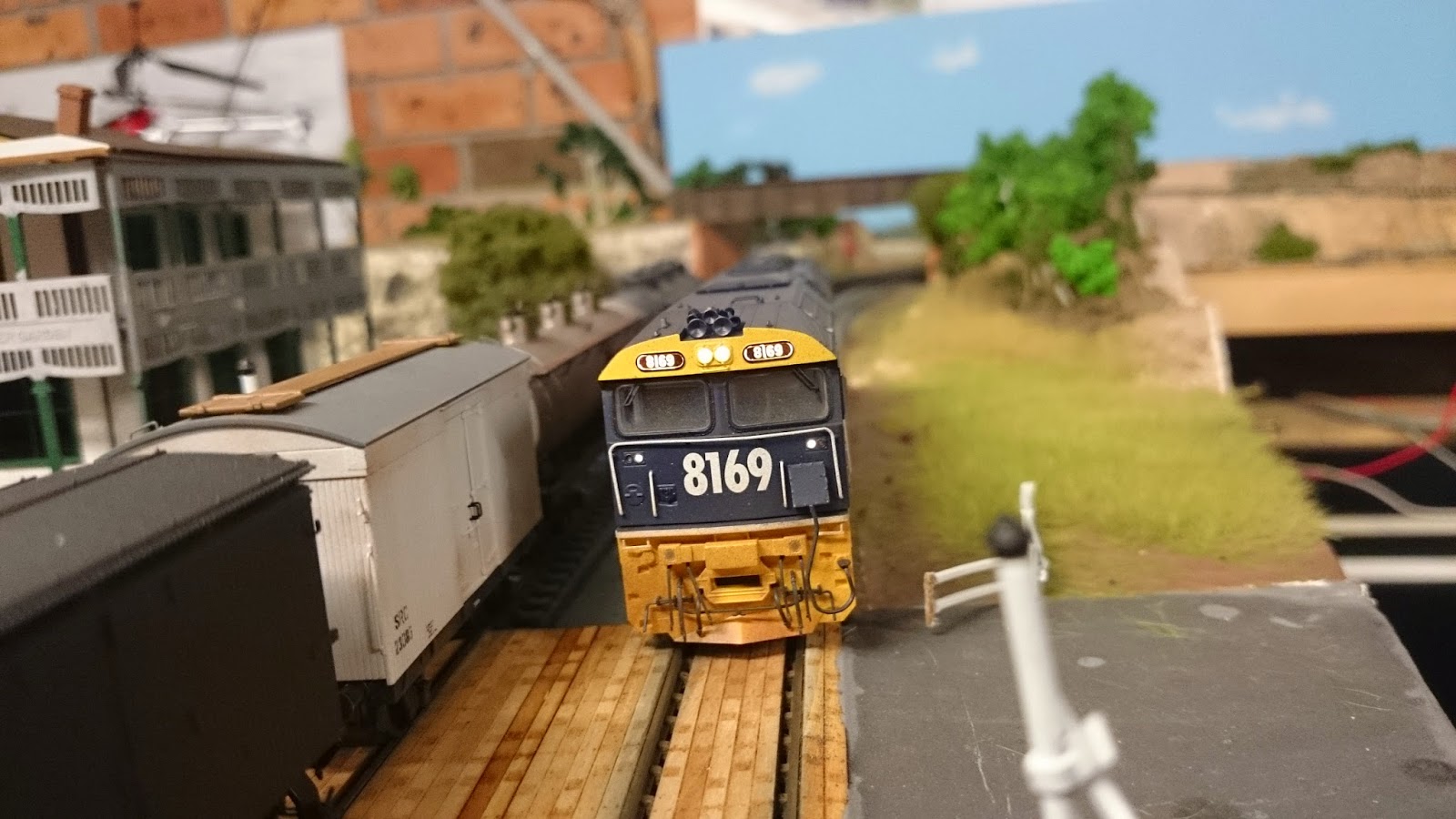 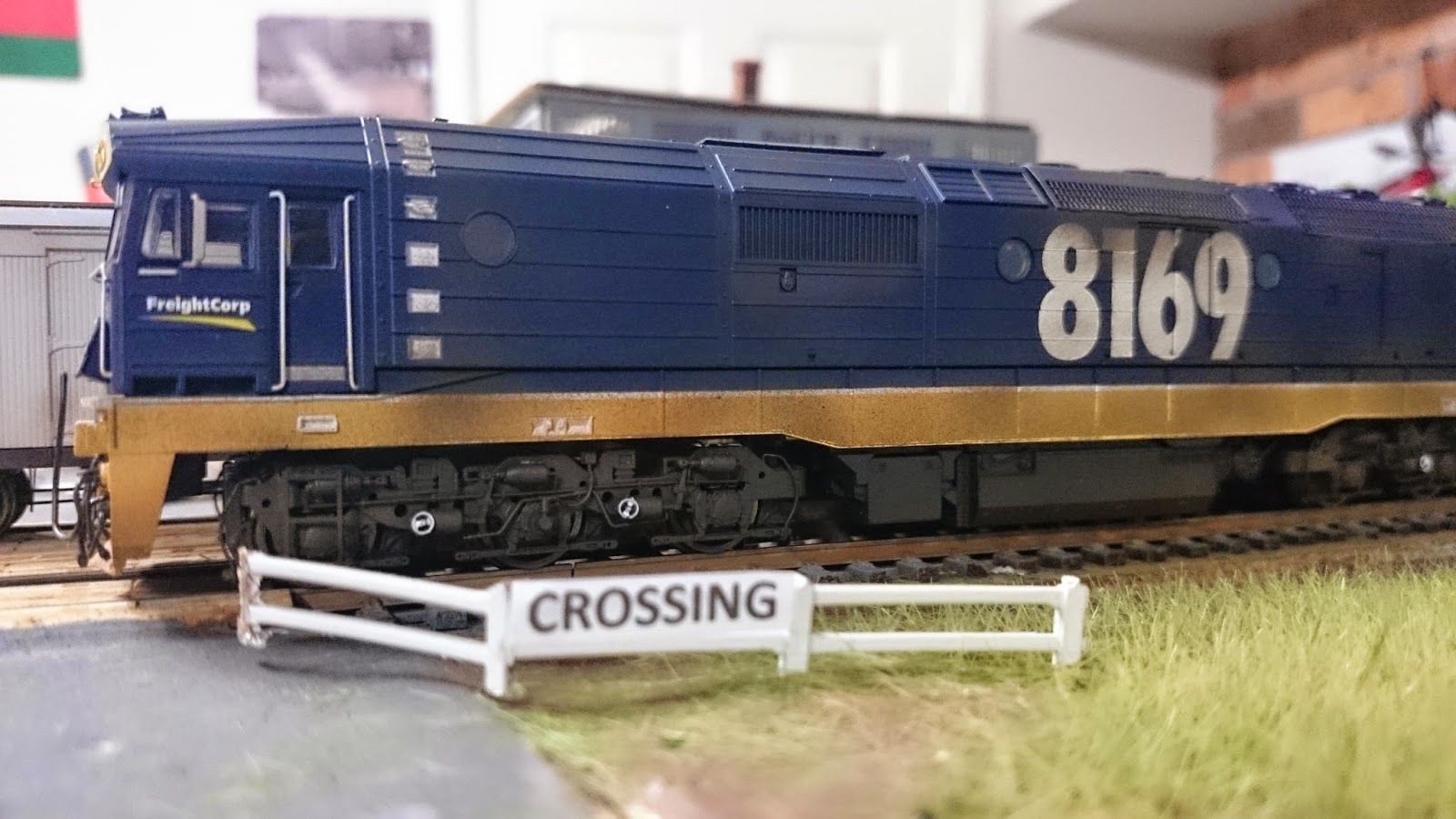 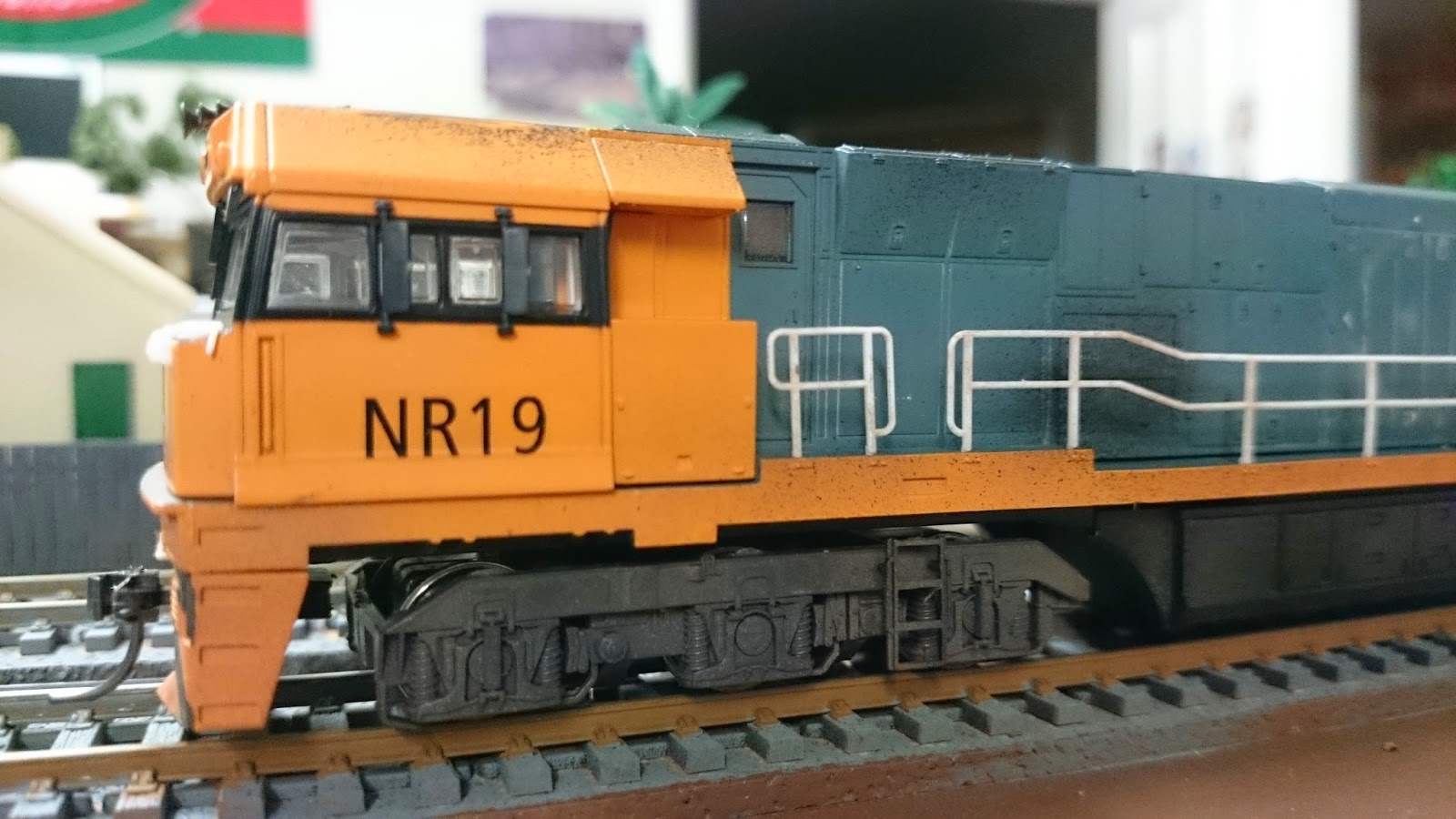 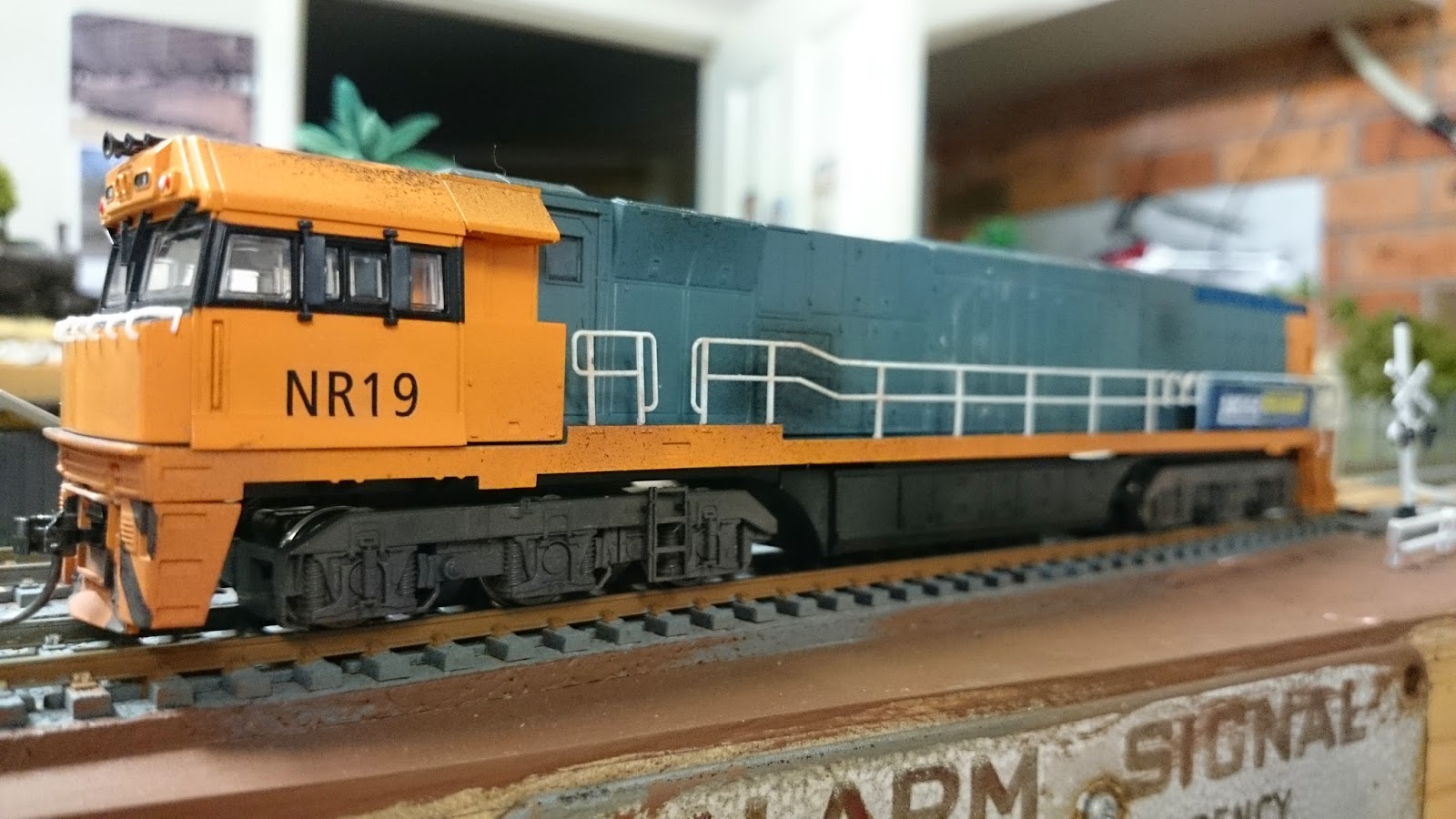 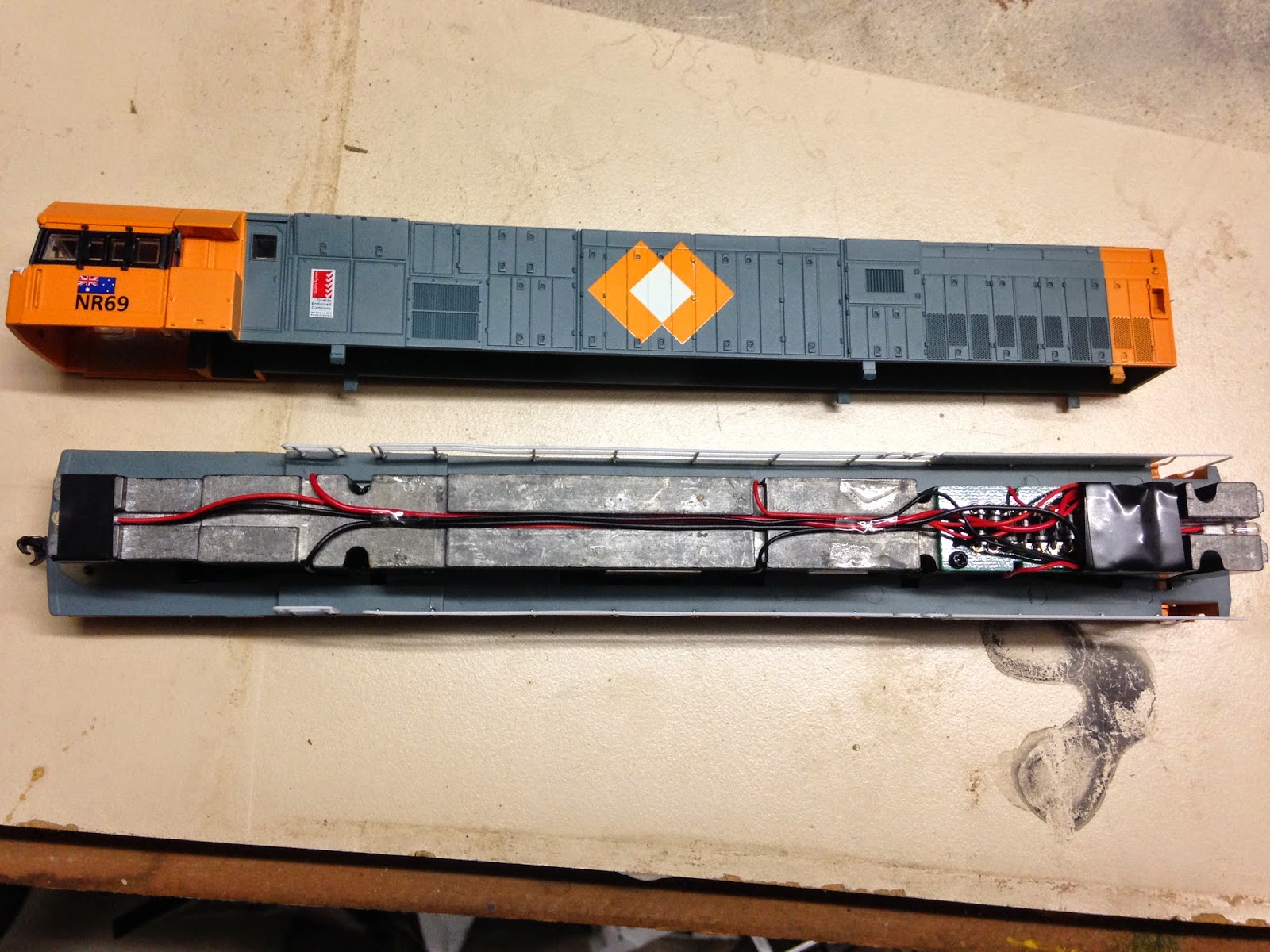 After removing the NR shell I removed the lighting board hardwired a NCE 13 decoder I had lying around and also removed the incandescent blub headlight and installed a white LED its a bit too blue (light) I dipped it in some Tamiya orange changed it a bit but not enough. 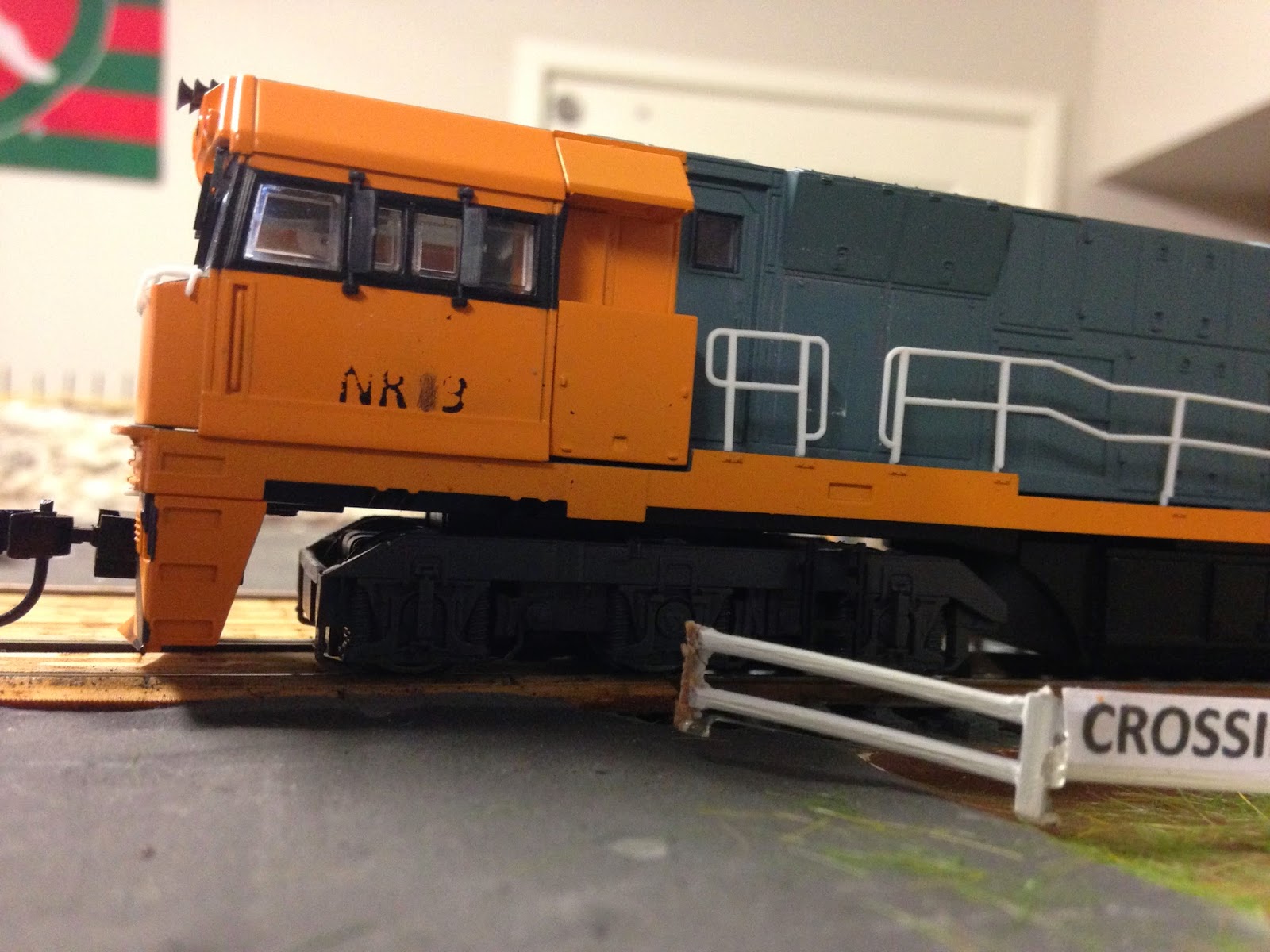 I removed the aussie flag and the QAS off the side double diamonds to go also .I will try some ELO on the diamonds to soften the paint . 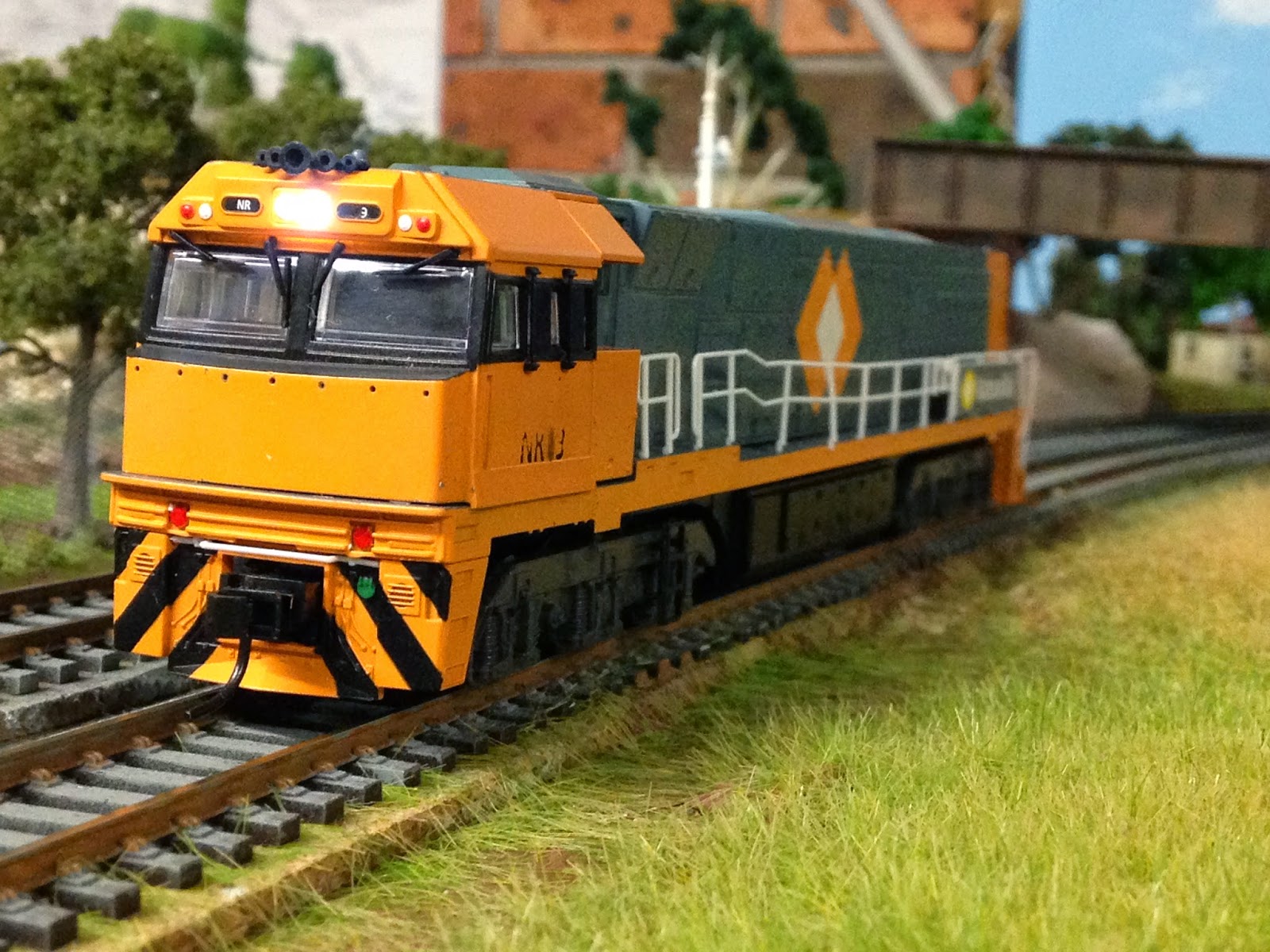 Diamonds gone off the front headlights too bright and blue 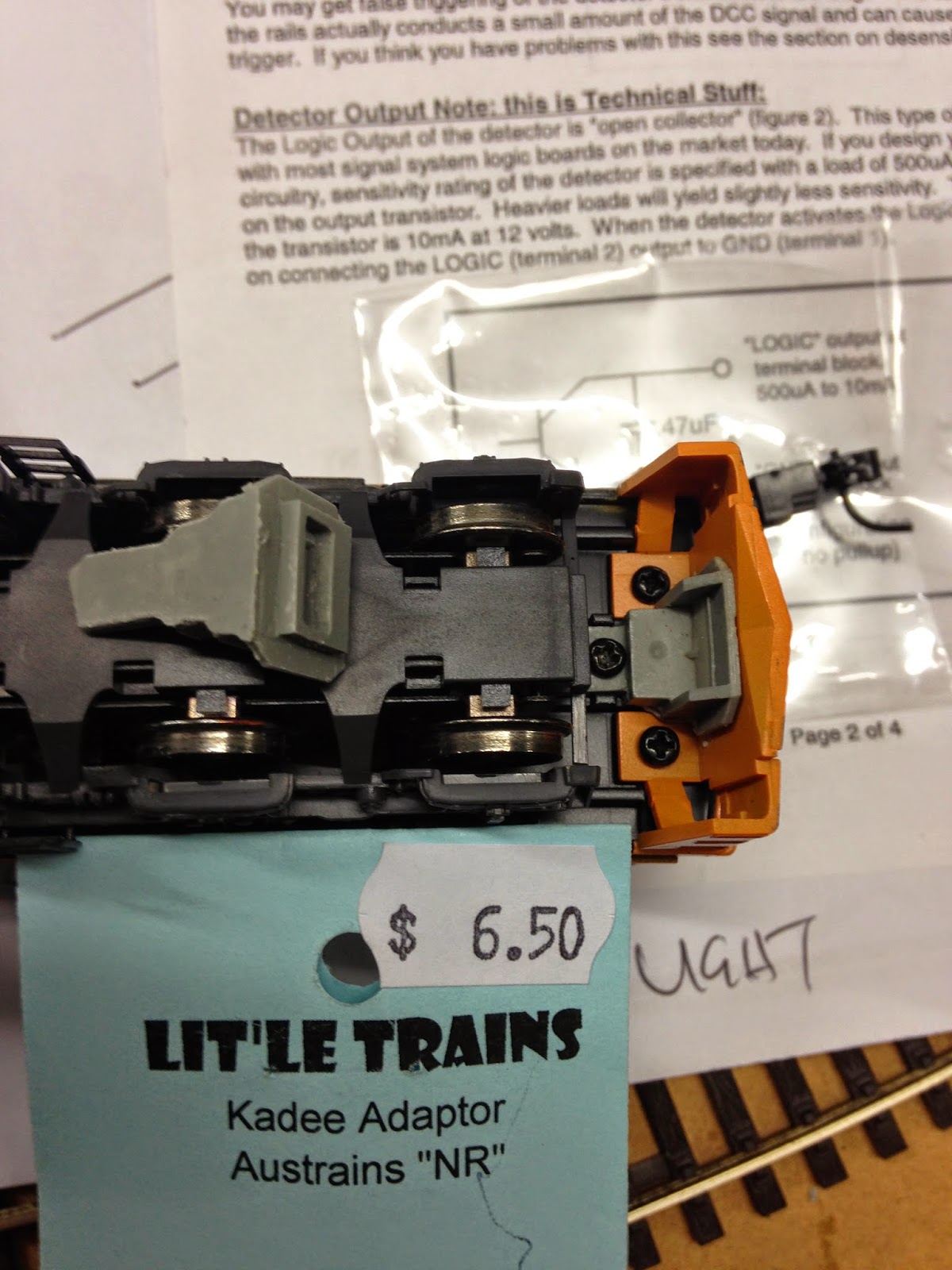 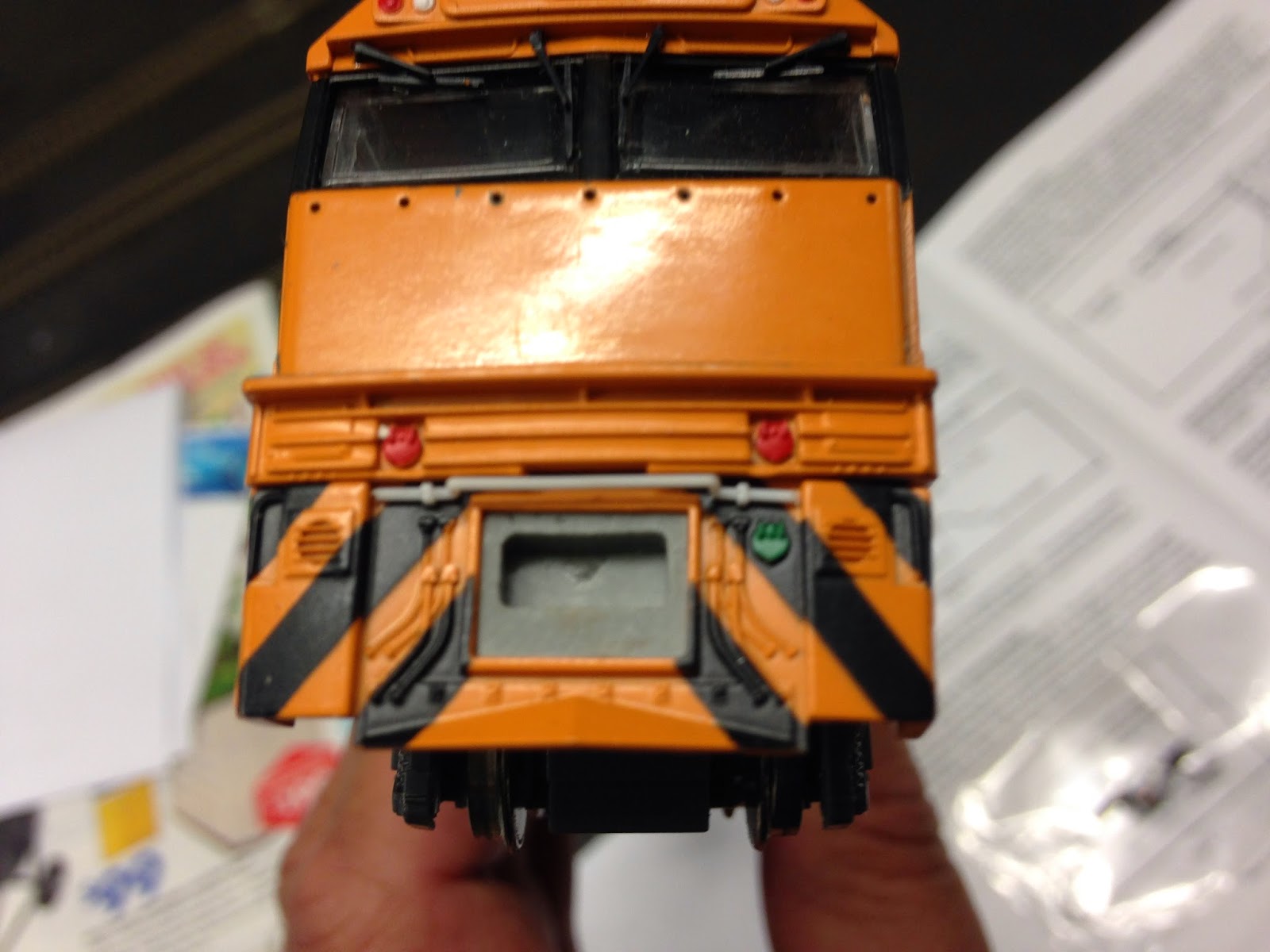 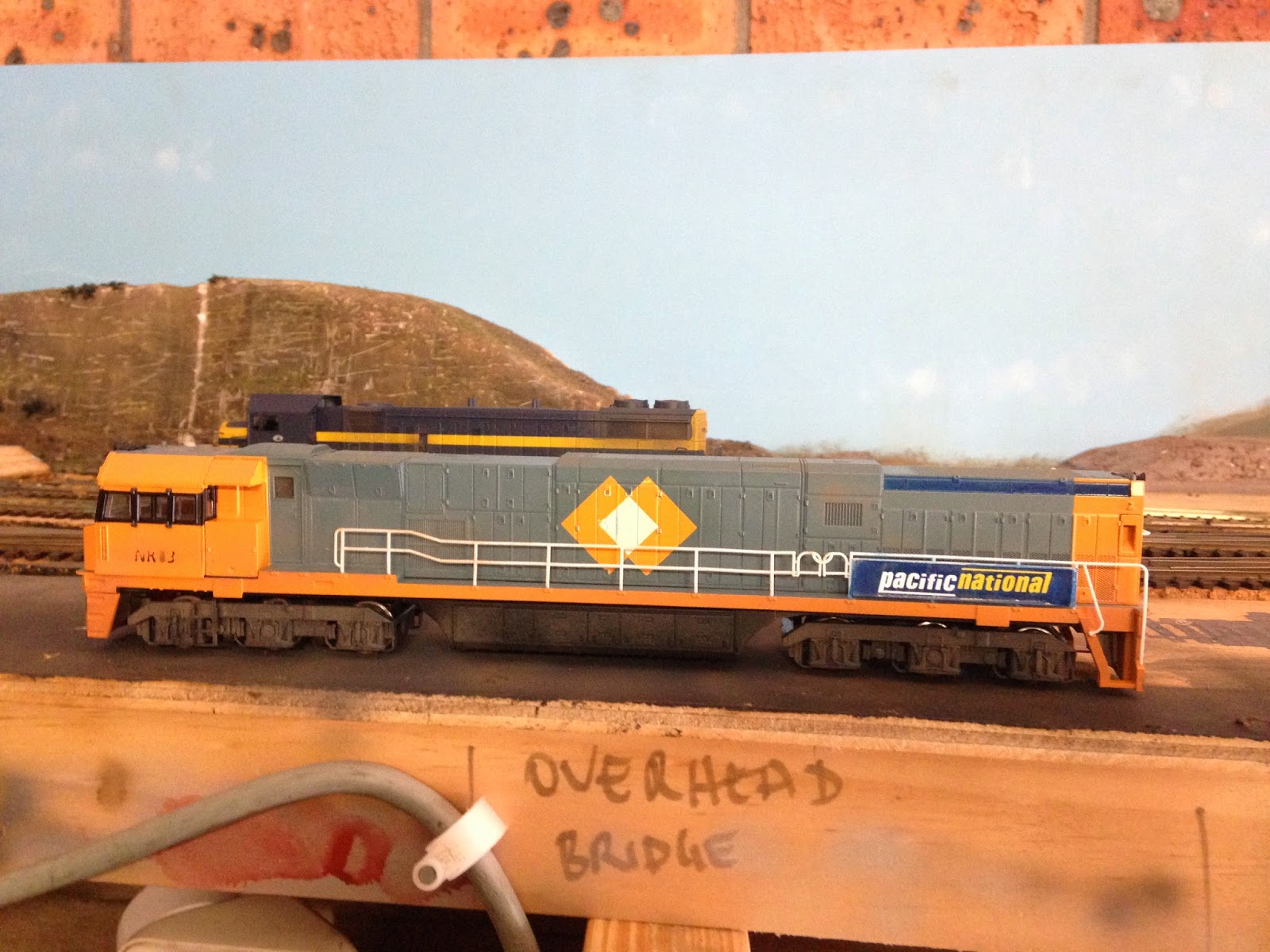 Seeing the real NR19 had blue cowling below the fans so I masked them off and airbrushed them blue. The National Rail side boards were just painted over (and I suspect the the real ones were painted over as well) in blue and Pacific National decals fitted. While the airbrush was out I gave it a misting of dust and dirt . Grimy black and rust to follow .
Posted by Peter at 5:59 AM No comments:

I have purchased a Ist run Austrains NR 69 and I am going to convert it into how NR19 was when I photographed it in January this year . So I will need to source NR19 numbers and also a Pacific National name board .The  NR69 I bought  is painted in the National Rail livery so all the diamonds will be removed ,the Aussie flag , the QAS sign also .here are some pics of what I want to achieve . 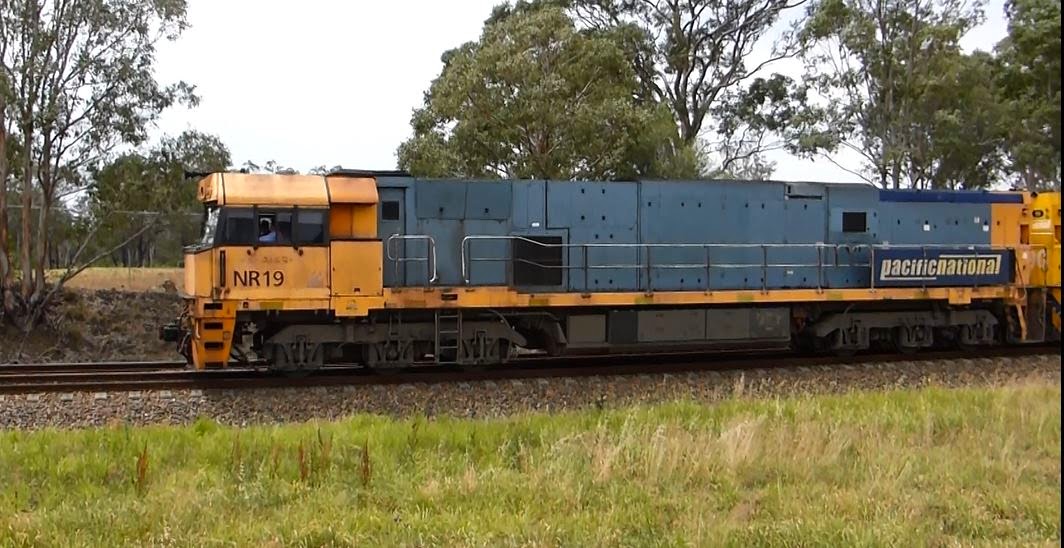 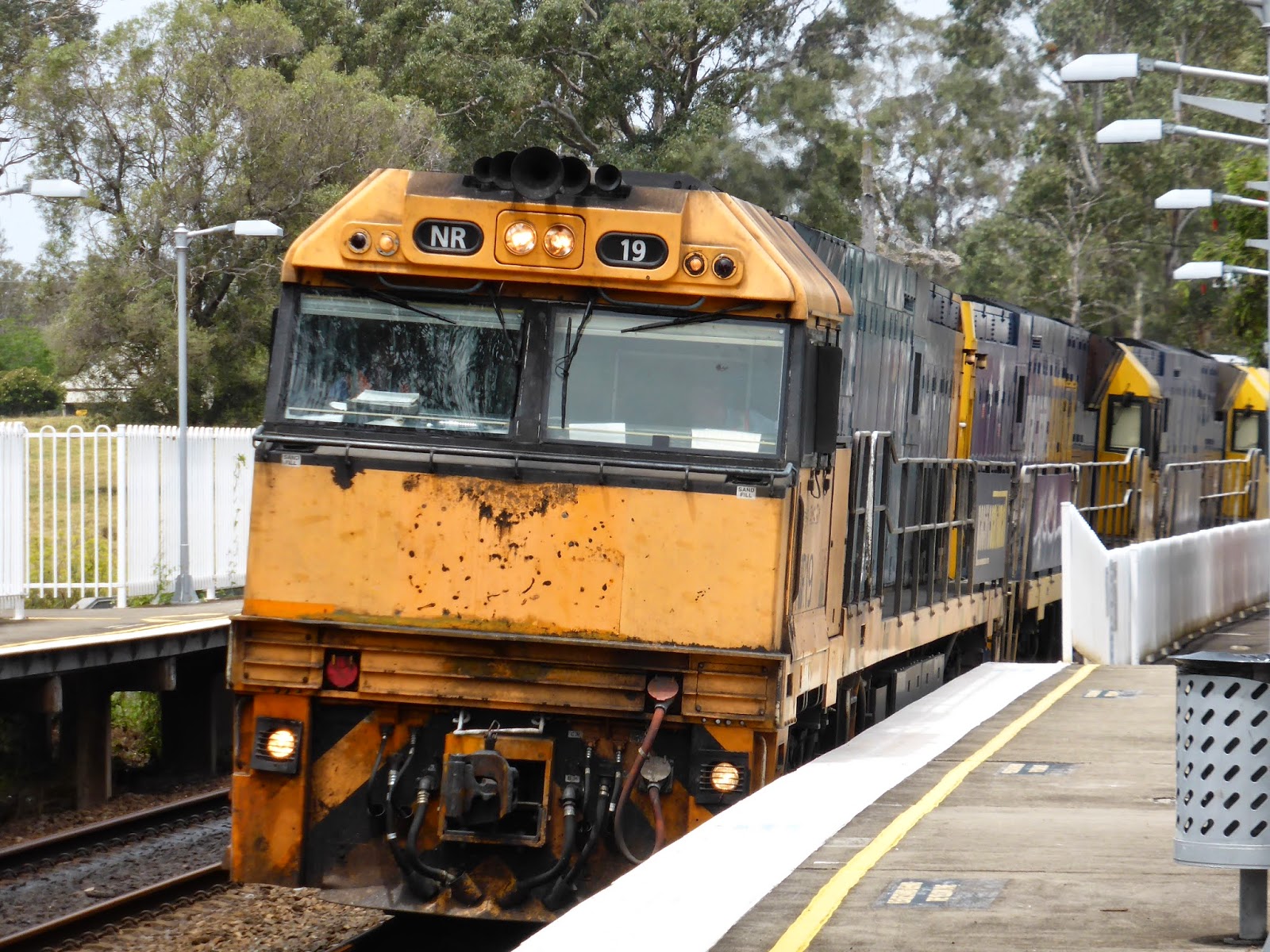 And here is my starting point. 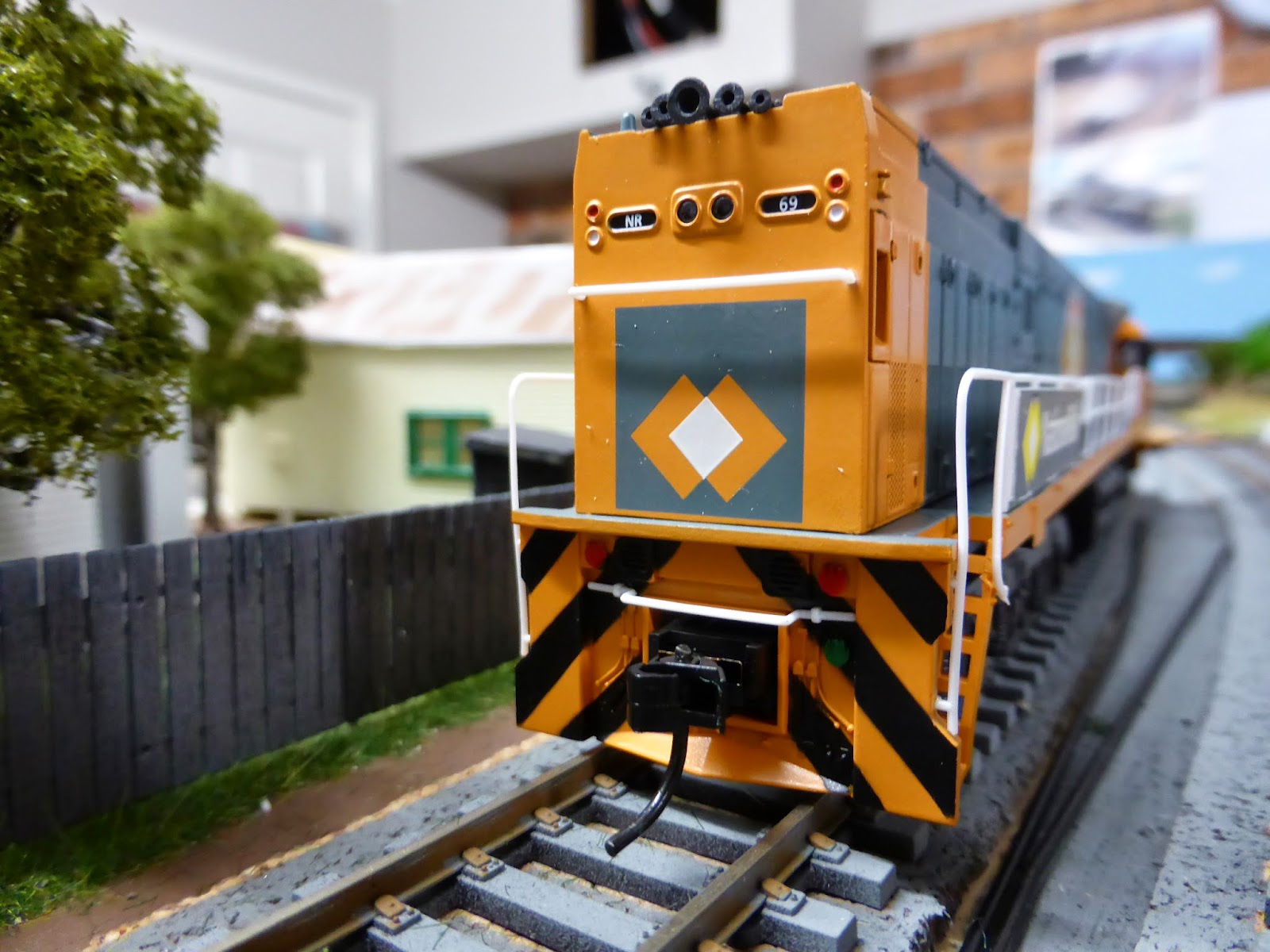 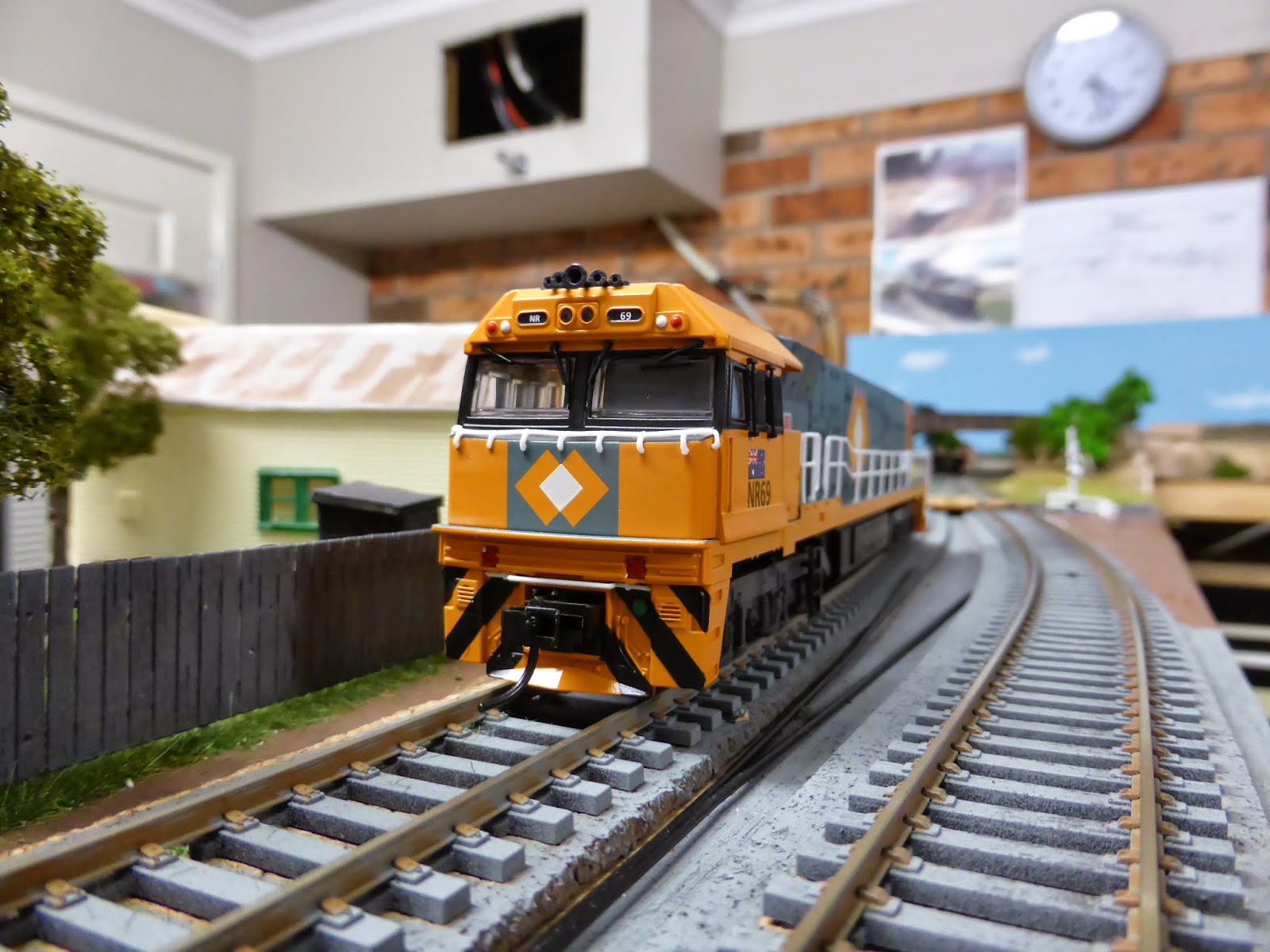 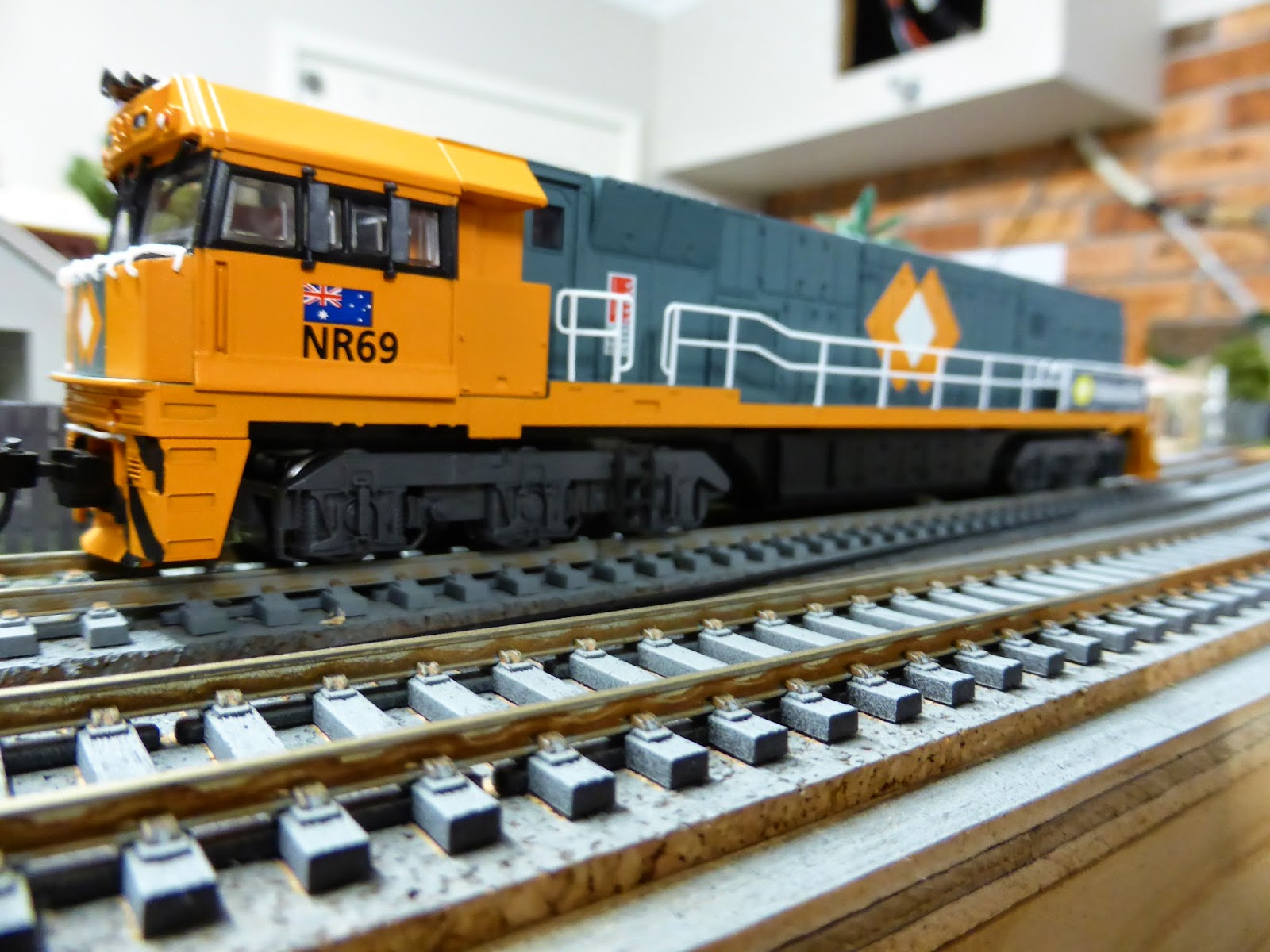 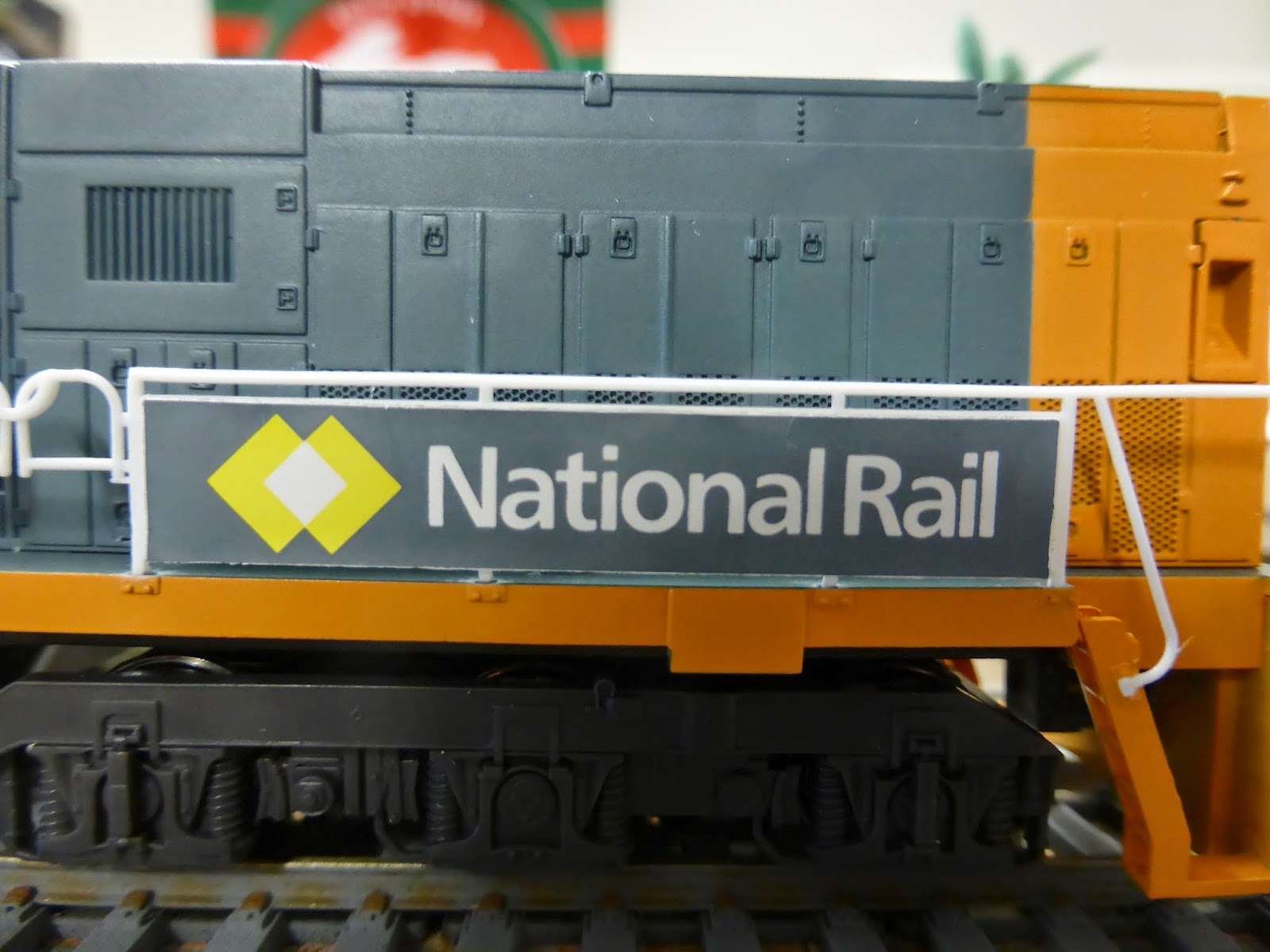 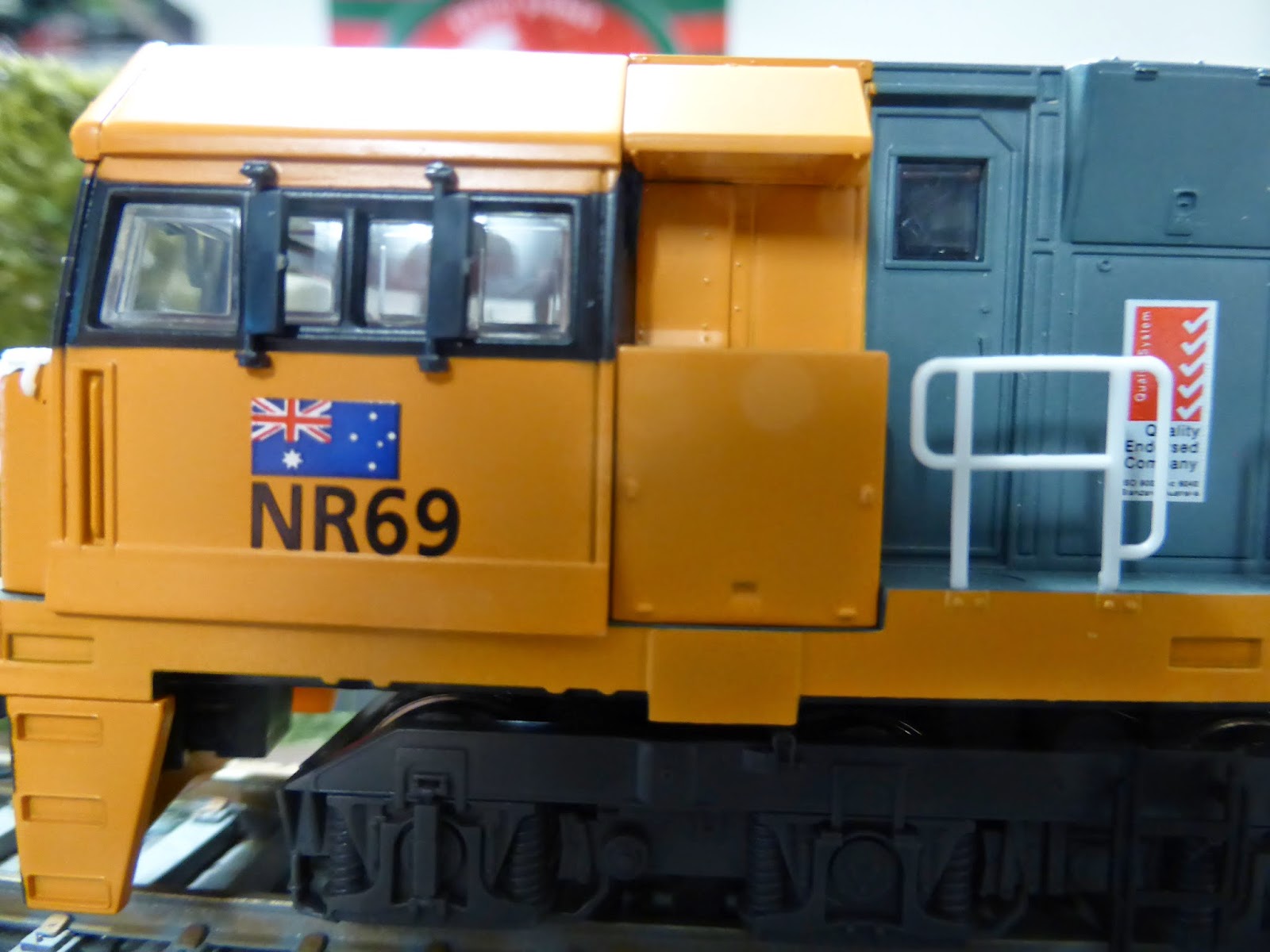 Ill post each lot of progress
Posted by Peter at 6:33 AM No comments:

I bought a 2 pack of Austrains CCA FO in Tuscan and Russet passenger car pack . I want to change the roof colour , paint the end platform underneath the roof white, decal the body then heavily weather it. I don't like masking so I thought it easier to pull apart and paint each individual piece. The interior colour can be changed passengers added and open windows . The under carriage can also be weathered . Here is an exploded view before I start the painting (its raining outside) not good for airbrushing. 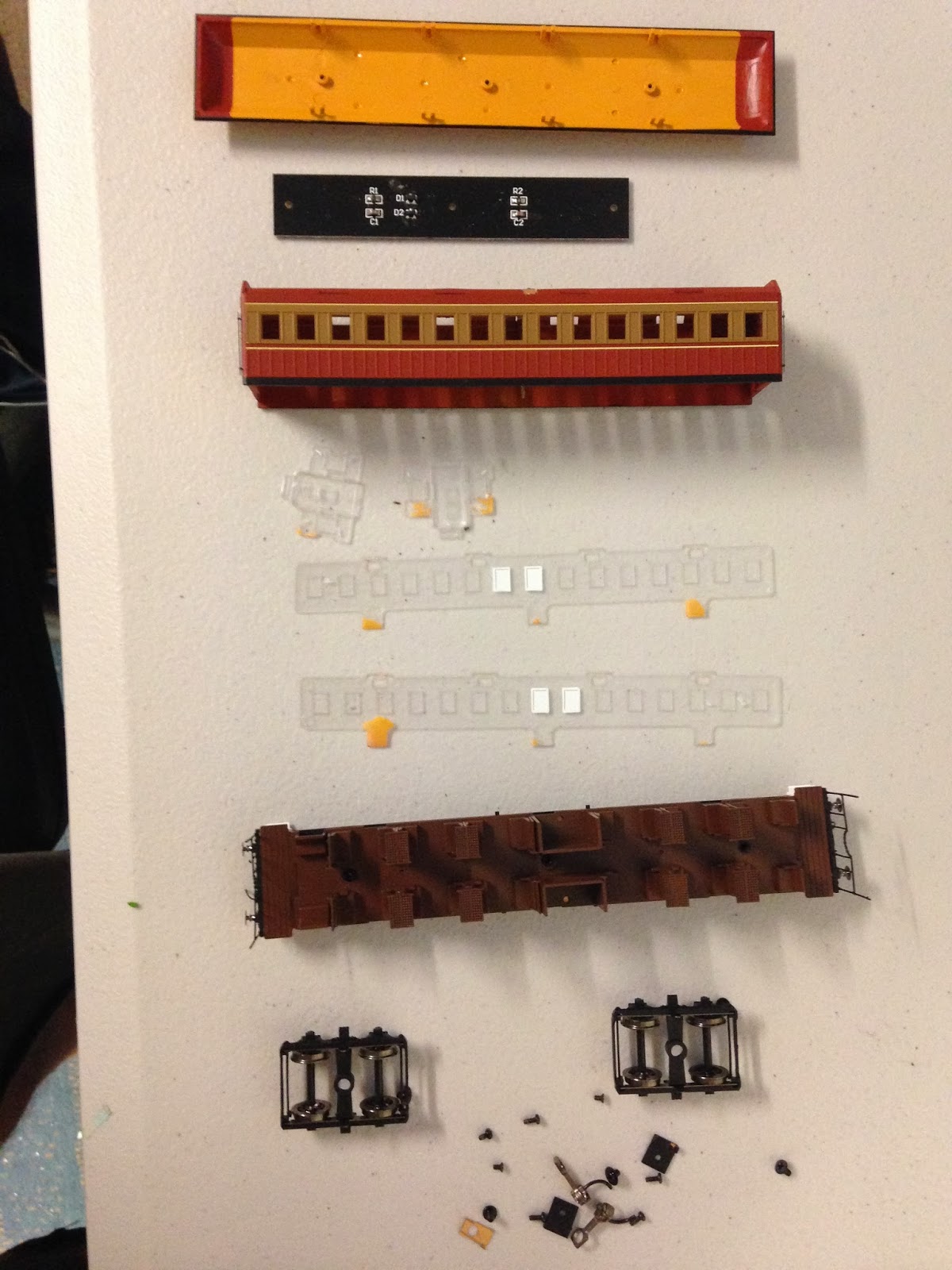 Re Join the RTM

Ive always wanted to rejoin the RTM and last December I finally did . The membership person asked if I wanted my old number back if it was still available "but in the interim " ive given you 60__ . I responded I'll have that one thanks very much .  Ive seen some pictures on Facebook and on Flickr which has brought back some nice memories of the end of steam as I saw it ,the RTM opening Enfield and the great tours . One of these days I will open a picture up on one of these sites and I will be there in someones pic.(I hope anyway). I spent most of my paper run money on Tours, donations and fares getting to Enfield and later Rhondda. Other than my wish that their was more preserved steam (running now) I wish I had a better camera back then. Bring on the mighty Garratt 6029 . Another trip to Newy

New flats waiting to be delivered sitting in Broadmeadow yard 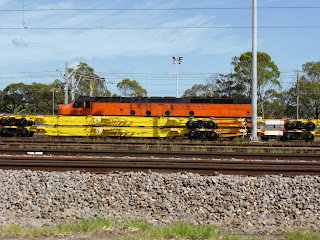 with CLF 4 as a backdrop 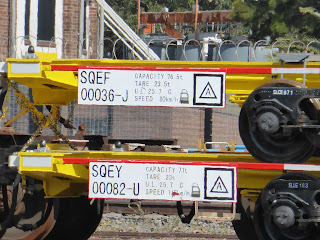 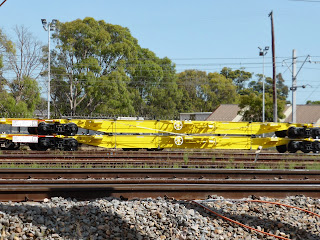 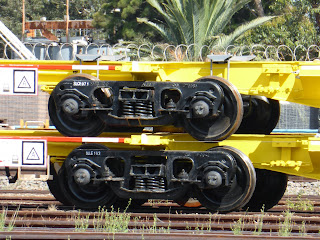 I dropped my wife off in Hamilton for her Christmas haircut which gave me 3 hours to roam around. Last time I was anywhere near Broadmeadow yard I was 13 had caught the paper train down from Strathfield station at 1am-ish to arrive at BM about 5am with an imdeminty from in hand . 6042 was waiting with a empty coal train bound for Newdell coaliery. How times changed ,just wish camera were this easy to use back then. Then on to UGL and still more locos on the production line. 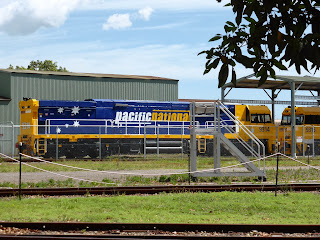 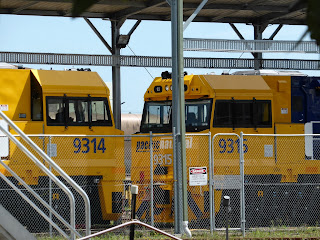 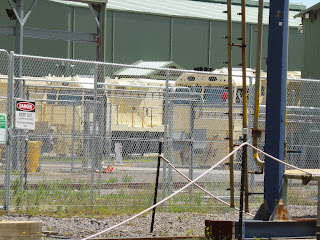 My Modelling pics and other Interests.

Peter
Lucky and just old enough to see and cab ride on a revenue steam service.6042 from Broadmeadow to Newdell and return.